Hurricane Matthew and the City of Jacksonville

Hurricane Matthew and the City of Jacksonville

by Scott Schuler in Jacksonville

A week ago, our hometown of Jacksonville was hit by Hurricane Matthew as it traveled up the eastern coast of the southern states. In lieu of normal monthly newsletter, we would like to take a look at what happened and how our city responded, with the help of some pictures from First Coast News and the JSO’s Twitter account. 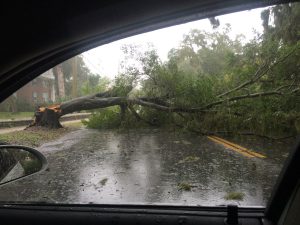 Prior to Hurricane Matthew reaching Jacksonville, Mayor Lenny Curry ordered for residents of the Jacksonville Beaches to evacuate as quickly as possible. Highways leaving Jacksonville were choked with motorists in the days and nights before the Matthew’s arrival, and there was legitimate concern that the hurricane would deal catastrophic damage to the city. 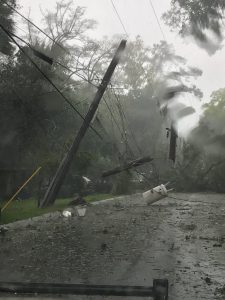 On Friday, the hurricane finally made its way to the city. It dealt significant damage to the Jacksonville Beach Fishing Pier, taking nearly 400 feet into the Atlantic. Matthew also pushed storm surges as far inland as Jacksonville Beach’s 3rd Street and took down trees and power lines, leaving much of Jacksonville without power immediately. As soon as Hurricane Matthew had passed, JEA began working tirelessly around the clock. By Saturday afternoon, more than 160,000 citizens were still without electricity. In order to better inform JEA, Mayor Lenny Curry publicly provided his email address on Twitter, and asked for citizens without power to email him directly. Crews came from as far away as Covington, Georgia (over 5 hours by road!) to assist JEA, and by late Monday night over 99% of Jacksonville’s citizens once again had power. 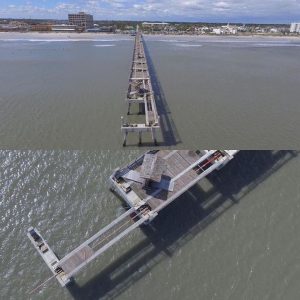 We are thankful for the hard work by JEA, JSO, and our mayor’s office in the aftermath of Hurricane Matthew, and through their efforts, the major effects of the hurricane were successfully mitigated within only a few days.

What You Need to Know About Medical Malpractice

Don’t Be in a Hurry at the Pharmacy!

Medical Malpractice: How to Respond